“For beautiful eyes, look for the good in others; for beautiful lips, speak only words of kindness; and for poise, walk with the knowledge that you are never alone.” - Audrey Hepburn

Lately i just talk about the beautiful eyes so many times. Eyes are the first thing I notice in a person, especially in a woman. Sometimes a woman locks my gaze with her beautiful eyes, either because they are. Women are so often embarrassed of my behavior that the only way to gaze at their eyes is to start a conversation, but this is sometimes seen as a wooing attempt, while I just wanted to look at something beautiful: a pair of eyes. Then, I realize that I was staring at the beautiful creation and I'll call that 'Keindahan & Kesempurnaan CiptaanNya'. Alhamdulillah. I find this song and want to share with everyone with the Beautiful Eyes. All of us..


Alhamdulillah for the Great Creation. 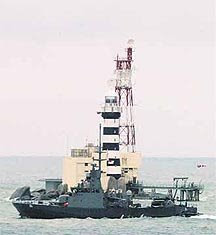 All In One - Bob Marley

One love, one heart
Let's get together and feel alright
One love, hear my plea, one heart
Give thanks and praise to the Lord,
and I will feel alright
- One love and one heart need to be together to get the answer which is always back to the ONE.

After he
Breaks your heart
Then you'll be sad, so sad
And then your teardrops start
I tell you, then you'll know how
It hurts to be alone
- Feel the real love to HIM, we will know that we are not alone and it doesn't hurt

Where we can find it?

When we really need it?

Why we should have it?

How does it feel?

Steadiness of mind under stress?

Acceptance of a good and bad phenomenon?

Confident all the times?

I'm going to Pasir Salak today with my officemate to have fun, 'makan-makan' and enjoy the local fruits at Resort and Dusun! 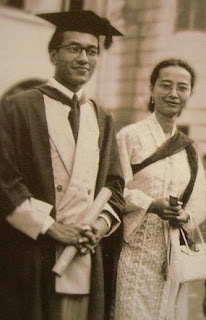 When he was in Medical College

Be a Great Prime Minister

He's happy now!
(But not with what happen to our country now)

Wishing you good health and bountiful of blessings from Allah SWT.

Salam
skullsplitter
This poem strictly create by the owner of the blog
(Copyright © 2008 skullsplitter. All rights reserved)

I just feel guilty and not comfortable now.

What can I do to decrease it?

Ermm.. Maybe I just want to be alone.. But for what?

Forgive myself? Let it go?

I want to sleep..

I just thinking of how to sacrifice in our life.

1. How to sacrifice in the way of Allah SWT? How to willing and prepared to offer sacrifices to HIM?
Situation - Don't know how to do it and where, when to start it.

2. How to sacrifice in love?
Situation - Long distance relationship - Have a problem with communication - Really don't know the status of the relationship - Really love him/her but don't want him/her to suffer with kind of this relationship (Should we just let her/him go? Can we call that a sacrifice?) 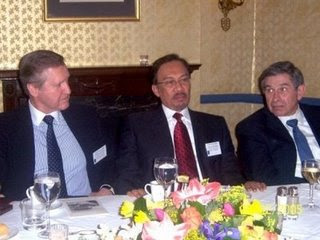 The following article appeared in the April 12th, 2007 edition of the Hürriyet, Turkey's newspaper of record.

Yalcin Kucuk, Ph. D., expressed his displeasure to the news that World Bank
President Paul Wolfowitz, who he thinks “might be gay,” has donated $5,143 to a gay organization in Turkey.

Turkey’s first and only gay organization Kaos GL, qualified for economic assistance from the World Bank for a second time. Last year, the organization had obtained a donation from the World bank, towards putting together a brochure which would highlight the problems and experiences that the gays would have with their families. This year, for a project targeting the youth, the organization will receive $5,143.00. The project, called “All together”, aims to address the change the gay oriented discriminatory behaviour of the youth. Of the 100 Turkish organizations that had applied to the World Bank, Kaos GL was one of the five that was selected.

The fact that the organization received the donation twice caused further rumors. In a television program, Yalcin Kucuk, Ph.D., insisted that the president of World Bank, Wolfowitz could be gay, and that he favored the gay organization. He also reminded the fact that, while other World Bank Presidents rarely visited Turkey, Wolfowitz was a very frequent visitor. On the other hand, Umut Guner, the Project Coordinator of the gay organization, responding to the rumors of Wolfowitz being gay, stated that “I personally would be curious of someone’s homosexuality, if I am attracted to him, otherwise, who is homosexual and who is not doesn’t concern me”. Guner followed by saying “If the World Bank hadn’t given the money to us, and had given it to the Laz (translator’s note: Laz are people of Greek origin who converted to Islam, and live predominantly around Northern Turkey, formerly Pontus area), would Wolfowitz be accused of being Laz?

Here is the link to the original article:
http://www.hurriyet.com/

The following article published Wednesday, January 3, 2007 edition of the http://www.gay.com/news/

Cohen's remarks are the first by a U.S. defense secretary indicating support for re-evaluating the law. He went on to say that "we ought to have discussions, some hearings" and noted that "I think that (incoming Senate Armed Services Committee chairman) Levin and others will ask for hearings and listen to testimony."

Cohen's remarks follow both Shalikashvili's op-ed and a December 2006 Zogby/Michael D. Palm Center poll finding that most service personnel are comfortable with lesbians and gay men.

"It's time to start thinking about it and starting to discuss it," Cohen said in an interview regarding a Jan. 2 New York Times op-ed by John Shalikashvili, retired chairman of the Joint Chiefs of Staff.

Shalikashvili wrote in the Times, "Last year I held a number of meetings with gay soldiers and Marines, including some with combat experience in Iraq, and an openly gay senior sailor who was serving effectively as a member of a nuclear submarine crew. These conversations showed me just how much the military has changed and that gays and lesbians can be accepted by their peers."

Read it and think it.

Maybe it's some cliche idea from me. But I ready to hear and read you comment regarding this matter. Please advice. Thanks! 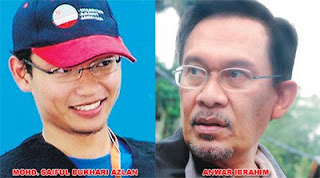 Everybody, lets pray for love-n-hate, our 'saudara'. She is in the hospital because of an accident. Hope she will recover fast.